The Club caters for all grades of player - social, novice to division one.

They meet twice weekly, every Monday and Thursday night from 8.00 p.m. to 10.30 p.m. for training and competitive match play - September to April in Cox's Hall, Dunmanway and the Community Sports Hall. The season finishes with the annual awards presentation at Cork County Badminton Dinner Dance.

St. Mary's Div 6.  2016/17 Championship, League and Munster winners and All Ireland Runners Up.

St. Mary's Badminton Club's success is driven by the commitment of its hardworking committee.  The Club boasts of its high membership and having the most competitive team entries annually in Cork County.  They warmly welcome new members each year and provide a free coaching service . Many of the club members are level one coaches, who are always willing to support players to enchance their badminton skills and technique.

The Club has been recognised twice by Badminton Ireland as Club of the Year.  This prestigious award is given to a club that has endeavoured to promote and support the growth of badminton both socially and competitively throughout the year.

Photo of the Award:-

A little bit of history of the Club:

St. Mary's Badminton Club is the oldest running club in Fanlobbus Union and in Cork County.  It commenced in the old Dunmanway parish Hall on Main Street and then moved to the newly built Cox's Hall on Sackville Street in October 1950.  Cox's Hall is the best hall in Cork County in which to play badminton.  The atmosphere experienced when a closely fought match is being played, supported by its followers, cannot be replicated in any other hall in the county.

Some photos of our achievements:-

The Towns Cup is the Dunmanway Handicap Cub, presented to Cork County Badminton by Dunmanway parishioner Richard Whitley back in 1961. This cup is played for annually by town clubs and the final is always held back in Dunmanway.

Heather and Hilary Whitley with photo of Dick Whitley in the background:

The Sweetnam Badminton Boys and Girls Award Trophies are played for annually at the Model School, Dunmanway:

here are photos of some of the winners: ( Ray Jennings; Maeve Kingston; Brian Arnopp; Fiona Beamish and Alanna Driscoll). 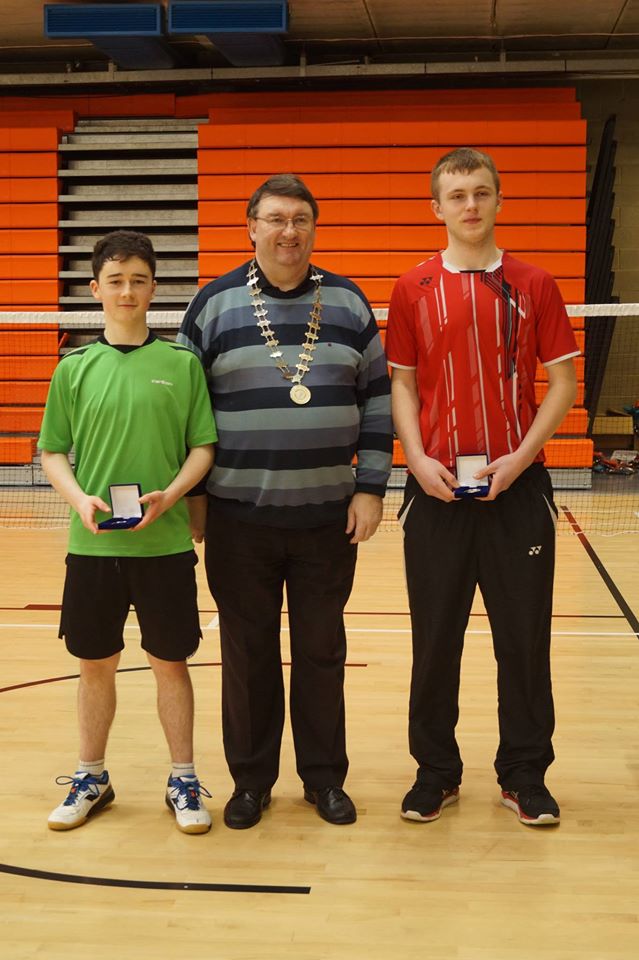 Grade 6 Badminton Winner: St. Mary's Division 6 Team who won the Munster Finals and who went on to represent their Club in the All Ireland Finals on the 8th May

Welcome to Fanlobbus Union - made up of the Parishes of Dunmanway, Drimoleague, Cooklelure and Drinagh and a member of Cork, Cloyne & Ross Church of Ireland Diocese.