Below is an extract from youtube - it's a Talk about the history of Coolkelure Church, given by our parishioner - Mrs Maisie Culbert on the occasion of their 150th Anniversary in August, 2015.

This is the paper version:-

Coolkelure was originally part of the parish of Fanlobbus, but in 1843 it became a mission district within that parish and was served by a curate with the help of 'The Additional Curates' Society'.  On Saint Patrick's Day, 17th March, 1843, the schoolhouse at Carrigskully, owned by Colonel Shuldham, was licensed for divine worship.

As a result of Colonel Shuldham's efforts over the next twenty years, a Church was built at Coolkelure and was consecrated on Tuesday,15th August, 1865 by Bishop John Gregg.  The Bishop and Colonel Shuldham contributed £500 each towards the cost of the building.  The Bishop also contributed some silver communion plate to the Church and provided the stained glass window at the east end of the church. The former mission district was now a parish in its own right.

The Revd. E.E. Emerson was the first Incumbent of the parish.  Before long he was Rural Dean and was seeking contributions to enlarge the church which he felt was too small for the needs of the congregation - 175 on Sunday mornings and 60 in the evening.

We may have cause to be grateful that he was moved to be Rector of the more prestigious parish of Ballymodan (Bandon) before his plans were realised, for the church is a delightfully proportioned building, set among mountains, lakes and trees in a beautiful and wild part of county Cork.  In late spring, the rhododendron bushes around the church give the setting their own special beauty.

The parish is now part of the Fanlobbus Union of Parishes.  Our Sunday congregation is normally about thirty.

In August, 2015 Coolkelure celebrated its 150th Anniversary and wonderful celebrations were held.

There was a Flower Festival in the Church from Friday 21st to Sunday, 23rd August, 2015.  This festival was launched with a musical evening in the Church at 8.30 p.m. on Friday evening 21st August - (one attendee said - 'Wow - what a musical night with Padraig O'Donovan - Organ solo; Tom and Geertien O'Leary - Traditional Irish Music; Damien Chambers - Traditional Music; Mark & Jean Shaw - Duet, accompanied by the piano.  Carbery Bells - tunes on Hand Bells; Castletown Choir - mix of church and classical music - enjoyable night').

and concluded with Songs of Praise Service at 7.00 p.m. on Sunday evening 23rd August. The Church was open from 12 - 6 on Saturday and Sunday and teas/coffees were served on both days. 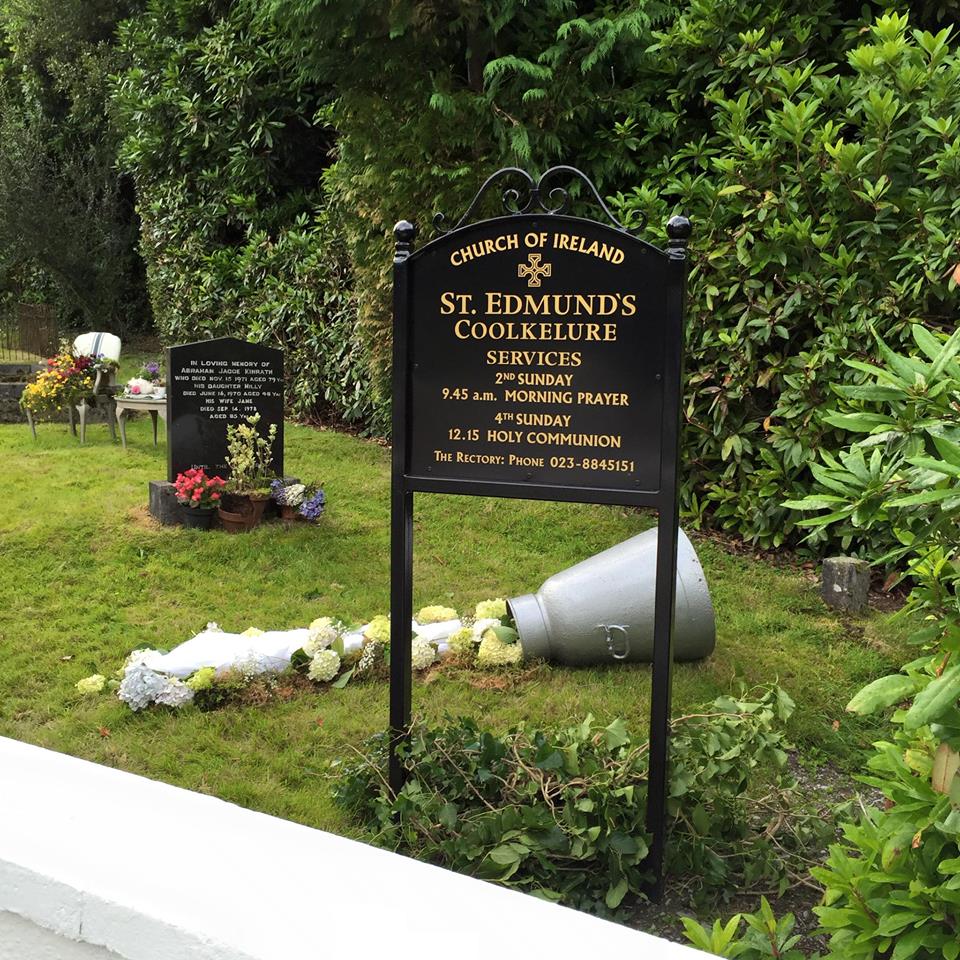 More photos of the inside of St. Edmunds Church

Welcome to Fanlobbus Union - made up of the Parishes of Dunmanway, Drimoleague, Cooklelure and Drinagh and a member of Cork, Cloyne & Ross Church of Ireland Diocese.